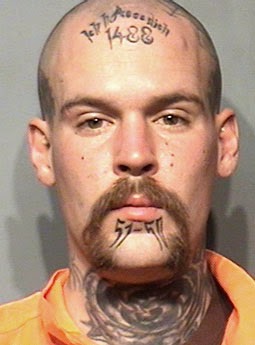 1488 tattoo is associated with white supremasists/nazi inmates. The 14 and the 88 can be used independently except for the fact that it can cause some confusion between the Nuestra Familia gangsters. The 14 represents the words of their nazi leader David Lane, and the 88 symbolizes the 8th letter of the alphabet “H” so 88 mean HH – this stands for “Heil Hitler.”